Not every good idea has to be a TV show.

That’s the overarching lesson from Netflix’s “Space Force,” a series that reunites Steve Carell with “The Office” co-creator Greg Daniels for a comedy inspired by President Donald Trump’s announcement of a new U.S. military branch.

When Netflix first announced “Force,” it felt more like a Twitter joke than a TV show. A series starring Carell as the head of a silly-sounding military branch feels like a building block for a great sitcom, but, arriving less than two weeks after Trump unveiled the flag for the “real” Space Force, the 10-episode first season (now streaming, ★★ out of four) never quite gels into something cohesive. “Force” is slickly produced with an A-list cast, but all those pretty people and sets can’t hide often unfunny scripts and clashing tones. 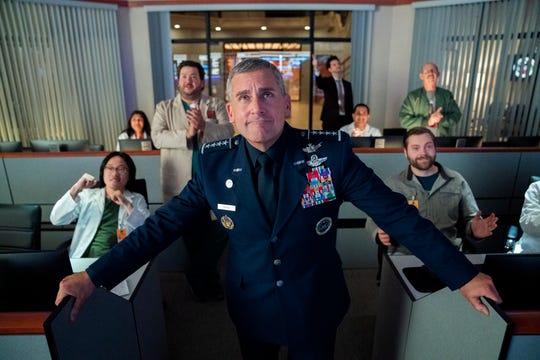 Carell once again takes a spin in the boss’s chair as Gen. Mark R. Naird, the poor schlub who is given the task of creating a Space Force from the ground up, according to the whims of a temperamental, tweeting but unseen president (POTUS is never named, but there are strong parallels to Trump). Much to the chagrin of his wife, Maggie (Lisa Kudrow); and daughter, Erin (Diana Silvers), Naird takes the job and moves his family from D.C. to rural Colorado, where Space Force is born.

Naird leads the military side of Space Force. The rocket science is spearheaded by Dr. Adrian Mallory (John Malkovich), a sassy researcher with deep disdain for Naird and the entire military arm. The cast is rounded out by the quirky support staff, including insufferable media manager F. Tony Scarapiducci (Ben Schwartz, doing a tamer version of his “Parks and Recreation” character Jean Ralphio) and second-in-command scientist Dr. Chan Kaifang (Jimmy O. Yang). Fred Willard, who died this month at 86, also appears briefly as Naird’s father, his final role. 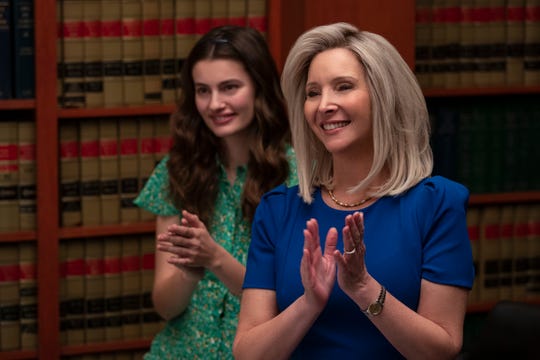 The problem with “Space” is that it’s three different and competing series stuffed into one half hour: It toggles between workplace sitcom, family drama and bromance between Naird and Mallory. Rarely do they meld into a cohesive story, and the jarring transitions between Erin’s teen escapades and Naird’s create whiplash. That Maggie is inexplicably incarcerated without explanation partway through the pilot doesn’t help the patchwork feel to the series.

The writers also don’t really know whether they want to make fun of Space Force or respect it as a legitimate branch of the military. Early episodes present the Force as a farce, as Naird tries to coax a monkey in space to repair a satellite with a drill via video chat. But by the end of the season, he’s making impassioned pleas to Congress for funding that move his most stalwart opponents, and standing up to the corrupt secretary of Defense in the name of honor and peace. 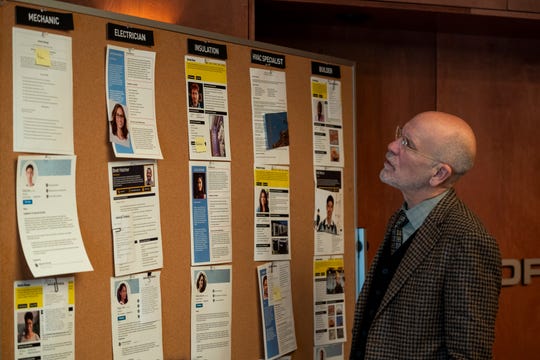 Carell is as appealing as ever, but his performance is operating under the shadow of his most famous character, “The Office” boss Michael Scott. Every so often, Carell slips back into his Michael shtick, turning Naird into more of a buffoon than a blowhard. The series’ best scenes are the quiet encounters between Carell and Malkovich, two ideological opposites trying to work as a team. But while the actors have good chemistry, there is little humor in their exchanges, especially as the season progresses.

There’s no way around it: “Force” is a disappointment. Daniels and Carell, who co-created the series, have done better, both together and separately. “Force” pales next to Daniels’ superb sci-fi comedy “Upload,” which debuted on Amazon last month. “Space” is evidence that a really good sitcom needs more than ideas, talent and style to make it tick.

Like a shiny rocket that won’t get off the ground, “Force” just can’t get it together enough to soar.

The best and worst moments of a weird, virtual night

[ad_1] CLOSE The 2020 Emmys were filled with highlights, from Jennifer Aniston e…