The Gremlin spared fellow contestants from elimination by unmasking himself.

Spoiler alert! The following contains spoilers from the Nov. 11 episode of “The Masked Singer,” including the identity of the unmasked celebrities.

Two contenders for “The Masked Singer” Super 6 have been grounded.

Longing to be more than just A-OK, Popcorn, Sun and the Snow Owls hoped to take flight Wednesday as they battled during the Group A finals. The contestants kicked off the episode with Pink’s “Raise Your Glass,” impressing panelists Ken Jeong, Jenny McCarthy, Nicole Scherzinger and Robin Thicke and their guest, comedian/actress Niecy Nash.

Following the contestants’ individual performances, additional clues were delivered with the help of a robot topped with a tablet that played videos.

Here’s how the Group A finals played out. 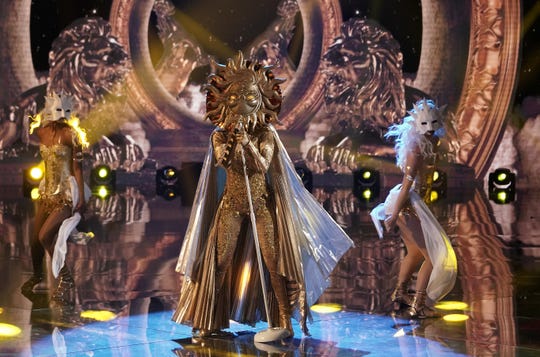 Clues: Sun’s “Sol Mate” said the two traveled during the pandemic, hitting the road in their RV. The clue package showed postcards from Baltimore, Alaska and Mexico. It also highlighted a wind chime made of angels and a group of plastic cows.

The Sun’s powerful vocals shone as she belted out Janis Joplin’s “Piece of My Heart,” which was followed by the return of Sun’s “Sol Mate,” (with the help of the robot) who revealed: “The Sun is actually golden. She’s got at least one single that went certified gold.” 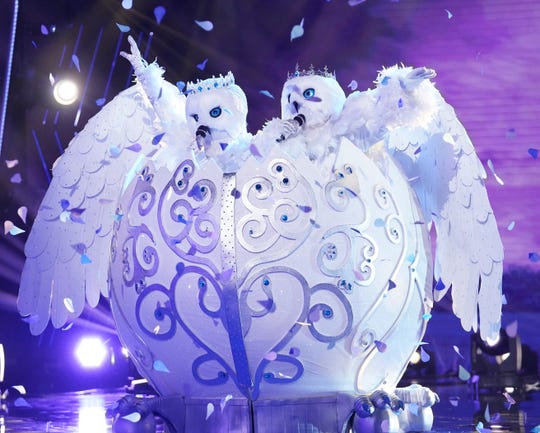 Clues: Their “Branchy Buddy” described the pair as “two total opposites,” though “they really complement each other.”

Branchy explained, “Sir Owl always pushes Lady Owl to believe in herself. And Lady Owl, well she’s finally gotten him to settle down a bit with all that horsin’ around.”

Speaking of horses, the clue package featured a rocking horse and rocket ship – fittingly so, since their tender performance of “The Prayer” by Andrea Bocelli and Celine Dion was out of this world.

In an additional clue, Branchy put to rest any doubts that the birds were in a romantic relationship. “Two Snow Owls sittin’ in a tree, K-I-S-S-I-N-G,” he sang. 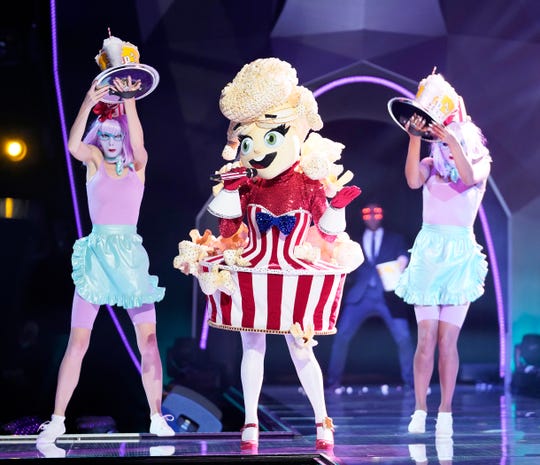 Popcorn is likely praying no one does it butter. (Photo: Michael Becker/FOX)

Clues: Tips were delivered by Popcorn’s “Royal BFF,” who shared that she’s also been on “The Masked Singer” stage. And that she can’t convince Popcorn to perform at her “famous karaoke parties.” Bunny ears and a sewing kit also appeared in the package.

Popcorn attempted to topple the competition by singing Jessie J’s “Domino.” After she wowed the judges, her bestie appeared once more, revealing: “To my friends up there, not only have I been here before but in the show’s history, one of you has also guessed Popcorn.”

Guesses: The additional clue served as a light bulb for McCarthy, who guessed “Tell It to My Heart” singer Taylor Dayne, noting the sewing kit. Tailor, get it? That’s exactly what we were thinking! Nash thought of “Girls Just Want to Have Fun” artist Cyndi Lauper, and later, the voice of Disney’s first Black princess, Anika Noni Rose. Jeong went with legendary singer Anita Baker.

Apparently, the Super 6 weather report calls for plenty of Sun. The contestant was announced safe from elimination, leaving Snow Owls and Popcorn to battle for the second spot.

The Snow Owls tried to cement their place with a strong showing of “Because You Loved Me” by Celine Dion. Popcorn hoped her rendition of Bryan Adams’ “(Everything I Do) I Do It for You” would be enough to take her to the pop top.

Ultimately, the panel decided Popcorn won the smack-down, and the Snow Owls were eliminated. The panel’s initial and final guesses were revealed.

Thicke stuck with his original guess of Grant and Gill. Though McCarthy first suspected “Brady Bunch” stars Maureen McCormick and Barry Williams, she agreed with Thicke. Jeong initially believed the masked celebs were sibling dancers Derek and Julianne Hough, but went with DeVito and Perlman. Scherzinger swapped her first notion of brother-sister duo Donny and Marie Osmond for Black and Hartman Black. Nash dropped her guess of the Paisleys for married actors Harry Hamlin and Lisa Rinna.

And it turns out Scherzinger is the only member of the panel who guessed correctly. She shared her joy over the pair’s presence. “I’m so glad you came on the show because you were unbelievable,” she said. “Y’all need to release something.”

As her husband retrieved his trademark black cowboy hat, Hartman Black shared that she was moved by her getup.

“When I first saw the costumes, I actually cried because they’re so beautiful, but they’re so sweet,” she said. “I couldn’t wait to get into them.”

Episodes of “The Masked Singer” can be watched on Fox’s website.

[ad_1] It’s hard for anyone whose brain always spells it Downtown Abbey. H…

Actors You Thought Were American But Aren’t