Despite efforts to stake out a leadership position among technology companies striving to bring aboard more Hispanic and black employees, Pinterest has made little progress in reaching racial equality.

As of 2018, Pinterest employed 96 Hispanic and 64 black workers out of a total workforce of 1,742. The percentage of Hispanic and black employees – 5.5% and 3.7%, respectively – did not budge in a statistically significant way from 2017.

The numbers are a snapshot from an annual report compiled for the federal government that Pinterest released publicly Thursday at the request of USA TODAY.

At the top of the company, underrepresented minorities are nowhere to be found. Pinterest reports it has one Hispanic woman in a senior management role and no African Americans.

Sixteen Hispanic employees and 11 African American employees work in management, accounting for 4% and 2.8% of those roles in the company, respectively, the report shows.

The sharp lack of diversity in the tech industry was thrust into the national conversation in 2014, when everyone from Google to Facebook to Apple disclosed for the first time how few women and people of color they employ.

Employees speak out: Facebook has a problem with black people, former employee charges

A call to action from a former Pinterest engineer, Tracy Chou, challenging tech companies to make public the number of women engineers in their ranks, spurred them to release annual diversity statistics and pledge to make their workforce less homogeneous.

The dearth of Hispanics and African Americans in an industry increasingly dominating the U.S. economy drew sharp scrutiny from company shareholders and Washington lawmakers. Yet hundreds of millions, if not billions, in diversity spending later, little has changed. 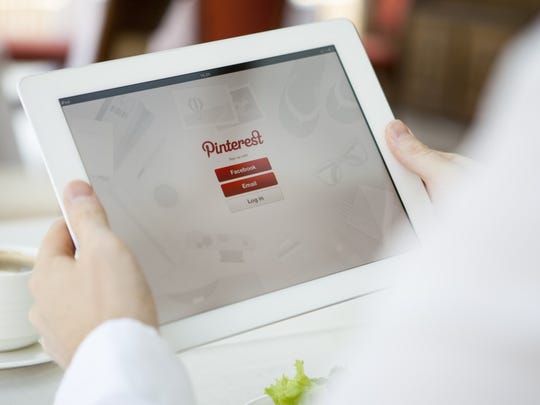 The problem is not isolated to Pinterest. Analyses by USA TODAY and others show major tech companies employ far fewer women and underrepresented minorities than other industries, even in Silicon Valley, overlooking a wealth of available talent.

And it’s not just in technical roles. Minorities at Google and other major tech companies are also sharply underrepresented in non-technical jobs such as sales and administration, with African Americans faring noticeably worse than Hispanics, a USA TODAY analysis in 2014 revealed.

According to the most recent U.S. government data released in 2016, African Americans make up 3% of employees in the top 75 tech firms in Silicon Valley, while they hold 24% of the jobs in non-tech firms.

The sharpest deficit: African American women, who are represented at much higher rates across other industries consistent with their proportion of the overall U.S. workforce.

Pinterest has worked to reverse decades of industry hiring patterns. In 2015, it set ambitious goals to hire more women and minorities and went public with those goals. Pinterest hired its first diversity chief, Morgan, in 2016.

At the time, the hire was notable. While tech giants such as Facebook, Google and Intel had large staffs dedicated to increasing diversity, smaller tech companies had only just begun to recruit specialists to increase the ranks of underrepresented groups.

Pinterest has made some strides, according to its data.

In 2016, 35 Hispanic and 20 African American employees worked at Pinterest, comprising 3.7% and 2% of employees, respectively. That was up from 2015, when it reported employing 14 Hispanic and seven black staffers who made up 2.4% and 1.2% of the workforce, respectively.

But, by its own calculations, Pinterest made little if any progress in boosting the percentage of African Americans in the workforce, in tech roles and in engineering roles. The number of African Americans in leadership roles declined to 1% from 2%, according to those same figures. The story was much the same for Hispanic employees.

Disney Plus Racks Up 28.6 Million Subscribers

[ad_1] On Wednesday, Instagram launched possibly its most anticipated US update …