It’s been 30 years since we fell in love with the cast of “Saved by the Bell’ – including Mario Lopez, Tiffani Thiessen and Mark-Paul Gosselaar.

Class is in session once more at Bayside, the SoCal high school that served as a backdrop to NBC’s Saturday morning teen comedy, “Saved by the Bell.”

For four seasons starting in 1989, the series followed Zack Morris (Mark-Paul Gosselaar), a scheming but charismatic student whose cool status was cemented by a brick cellphone.

The show focused on more than drug use, of course, but those are a couple of the moments that stand out, along with Jessie and Slater lip-syncing “How Am I Supposed to Live Without You” as Kelly breaks Zack’s heart at a school dance. Sometimes the show was light, and sometimes it was exactly the amount of drama a young heart could stand.

In contrast, the re-imagining streaming Wednesday on Peacock (all episodes) feels more mature. Although it stands alone as a teen comedy, there are plenty of callbacks to the original to keep nostalgic fans entertained. The new show also has a sense of humor about its predecessor.

“I love getting made fun of and having my chops busted,” says Lopez, 47. “It makes a little wink wink to the past because the old one was schmaltzy, innocent – it was a show for little kids. So the fact that we’ve got this updated, more hip version, I think is cool.” 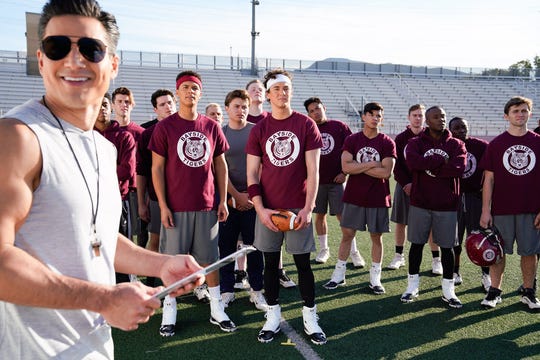 Mario Lopez’s A.C. Slater is still at Bayside in the “Saved by the Bell” reboot. The former star athlete is now the high school’s athletic director. (Photo: Casey Durkin/Peacock)

Berkley, 48, hopes the show can bridge generations. “Parents who grew up with us will absolutely reconnect to their innocence (and) enjoy what this show has meant to them,” she says. It’s “something they can watch with their kids, the way I hear people (are) loving to watch ‘Cobra Kai’ (Netflix’s update of “The Karate Kid”) … There’s something for everyone.”

Like the original, the new 10-episode season follows a group of six students, half of them from an underprivileged school for which funding has been cut in a controversial move by now-Gov. Zack Morris. Daisy (Haskiri Velazquez), Devante (Dexter Darden) and Aisha (Alycia Pascual-Pena) are sent to Bayside, where they meet Mac (Mitchell Hoog), the privileged son of Zack and Kelly; Lexi (Josie Totah) and Jamie Spano (Belmont Cameli), the son of Jessie and her environmentalist husband. In the first few episodes, privilege is addressed in an honest way.

Berkley and Lopez are regulars on the new series, now employees of Bayside High: Berkley’s Jessie is a guidance counselor and Lopez’s Slater is the athletic director.

2020 TV premieres: Here’s when your favorite show returns, and your next addiction starts 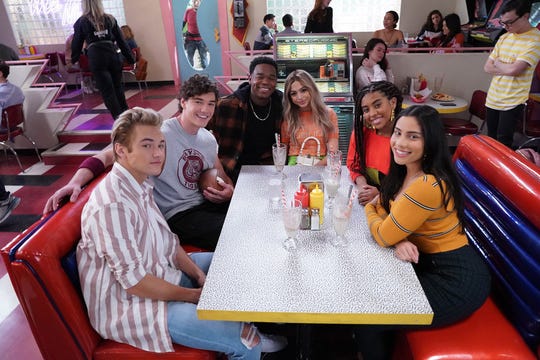 “It was beautiful to bring my own real-life experience – being a mom and the devotion I have to motherhood and the love I have for being a mom – to this role,” she says. “Jessie, when I first played her, was quite ahead of her time as a feminist and activist and she had such a clear vision for herself and what she wanted to accomplish. We didn’t want to disappoint,” Berkley says.

But it turns out the guidance counselor’s “personal life is a mess and her marriage is in trouble,” Berkley says. “So in true Jessie style, you might think she has it all together, but she’s struggling under pressure to keep it all together, and that’s where the fun ensues.”

Lopez says Slater is “such a fun character to play,” partially because he’s “stuck in that era of his glory days.”

“The only reason I’m not rocking the same haircut is because I gotta do all my other shows that I’m working on, but who knows, it may be coming back, too, later on,” the “Access Hollywood” host says. He likes Slater’s  new mentor role “because I’m a father now, with three kids myself, and I think I could speak to that.”

Gosselaar, Thiessen and Voorhies will also appear less regularly: Berkley, a producer on the series along with Lopez, blames Gosselaar and Thiessen’s initial uncertainty and confusion about the re-imagining to a need to iron out details.

Mark-Paul Gosselaar reflects on career, ‘Saved by the Bell’ romances and ‘The Passage’ 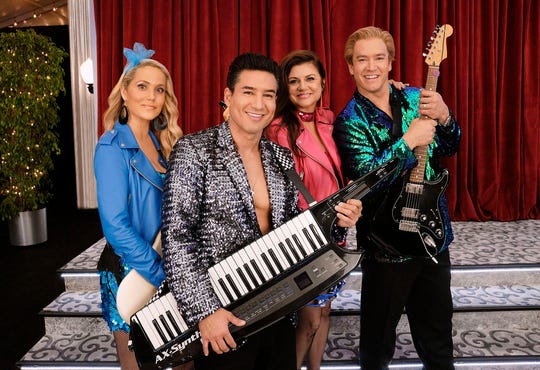 “It wouldn’t have been ‘Saved by the Bell’ without them, so that was a matter of figuring out the logistics,” she says. “Because Tiffani and Mark-Paul were both on other series when this got greenlit, so we just needed to figure out how to do it.” There’s also a possibility that Diamond could return in a potential future season.

“I hope we get him back, and I was rooting for that,” says Lopez.

There also could be love in Jessie and Slater’s future. Sure, Lopez says, “I’m not a homewrecker; I don’t want my character to be a homewrecker, either,” but with Jessie’s marriage on the rocks, anything’s possible. “Never say never; how’s that?” she says.

KEVIN!: ‘Home Alone’ is 30! See the stars of the Christmas classic, then and now 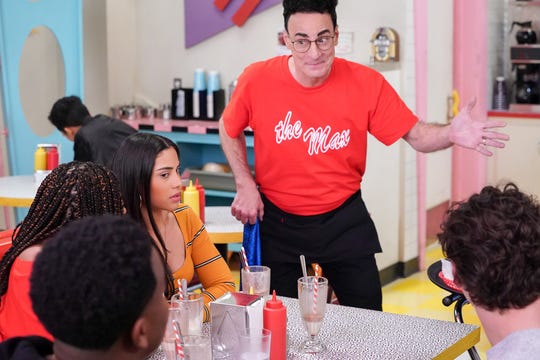 While fans may yearn for that romance of the past, Berkley stresses the updated “Bell” embraces its new class.

“Because this was our show for so many years, it was important to me to make sure that our new cast really felt that they could step into ownership,” she says. “We really formed that unity and that team, because in that collaboration and that spirit then we could all make this something new but also honor what has been.”

Velazquez, 25, began her career in theater, and remembers her dad keeping the TV in their New York City home on the History channel or “Saved by the Bell.”

“I grew up loving Mario on screen,” she recalls. “He was a Latino, and that was almost the closest thing to representation that I actually saw. And most importantly, I saw that my dad he really enjoyed watching it. He thought he was the Mario Lopez in our household.”

22 Movie Endings That Are So Well Executed, They Deserve An Academy Award All On Their Own

[ad_1] We recently asked members of our BuzzFeed Community, “What is a mov…