It’s costly. It’s unsightly. And my jaws are tired. 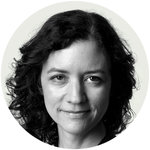 Forget about “Drynuary,” which I broke on Jan. 2 with that insouciant leftover chardonnay in the door of the fridge. Or diets, long feminized and scorned, and now rebranded by annoying tech bros as “intermittent fasting.”

What I really want is to eschew the chew. To give up gum.

Yup, your harmless little post-meal breath freshener has been my tormentor for over a decade. It was around 2009 — stressed by a leadership change at my former job, two toddlers at home and probably the Great Recession — that I began my harmless-seeming pack-a-day afternoon habit: a substitute for the sugar forsworn on the advice of a reproductive endocrinologist.

Orbit, Sweet Mint, its packet pale green, like money, like the approximately $5,500, conservatively calculated, I’ve spent on gum since then. If I had invested in Netflix instead of little rubbery sticks, I could have paid for those toddlers’ college educations.

But the other occupant of my shared office had been laid off, and so in lonely luxury before the open-plan revolution yet to come, I would sit behind a closed door, the refuse from my spicy Chipotle lunch in the trash can, grinding away at two, three, four or more calming, cooling pieces as I processed piles of cub reporters’ copy until the violet hour.

Sometimes someone would burst in without knocking, and I’d be mortified at having to spit out what had accumulated before conversation could begin.

This was better than a recurring nightmare I had, however, in which a growing wad refused to budge from my mouth, and my dream self would begin to panic, pulling out stretchy strands and teeth.

Was I mired in the “oral stage”? Past my aching mandible I coughed up a few repressed childhood memories. Hiding some “a.b.c.” (already been chewed), verboten grape-flavored Hubba Bubba inside an empty Simon electronic-memory game box. Crackling the waxy comics that came with Bazooka Joe. Wanting to watch the long kisses in Big Red commercials.

I was likely just masticating anxiously in my sleep, the repercussions of which have earned me a super-sexy custom mouth guard in clear plastic covered by dental insurance.

In the meantime, my afternoon habit had followed me to The New York Times — and why not? According to studies cited for years in the venerable science and opinion sections, chewing sugarless gum helps prevent tooth decay by stimulating the production of saliva, which washes away or neutralizes corrosive food particles.

“I think gum was ominous because maybe socially it wasn’t accepted,” said Dr. Alice G. Boghosian, a spokeswoman for the American Dental Association, which has put its Seal of Acceptance on several brands, including Orbit. “If you can’t get to a toothbrush and you feel like popping a piece of gum, it’s a good thing.”

Gum is also said to quell hunger pangs (though undermining the “mindfulness” and purity of an intermittent fast; moreover the sucked-in air and an excess of certain artificial sweeteners may cause gastric distress), and increase focus and alertness.

When I was assigned to a jury on a second-degree murder case in Downtown Brooklyn, the guard advised us to chew gum to stay awake during the long hours of testimony. Not respectful of the lawyers, I thought, and anyway not necessary; the trial was so riveting that I briefly considered becoming one myself.

Instead, I returned to a newsroom soon stripped of cubicles, where chewing gum became a peppy communal experience, thanks in part to noise-canceling headphones and A.D.A.-accepted Extra spearmint vended from a machine by the restrooms at $2 a pop.

Then a colleague started bringing in canisters of chewable Mentos — the Freshmaker! — which she would place sociably on her desk. I was done for, gorging on the gratis gum as if I were Melissa McCarthy parodying Sean Spicer, virtuously recycling the plastic empties.

But in a burning world, gum itself is among the worst kind of garbage: non-compostable, occasionally sticking embarrassingly to clothing or important papers. The thought of the accumulated mass I’d consumed and discarded over the years was repellent, like my own personal version of London’s infamous fatberg.

Not long ago I happened upon an artist friend, Gerardo Blumenkranz, making Banksy-like chalk drawings around a few of the many sooty blobs that New Yorkers spit out that have flattened and coagulated onto city sidewalks, with titles like “Babylonian pet playing with a ducky,” which he displays on the Instagram account @splatista, making temporary beauty of the ugliness. With our iPhones and smart sneakers, how can we urban gum chewers still be so disgustingly medieval?

The final disincentive, though, was learning from one dermatologist, Jessica Wu of Los Angeles, that enthusiastic, repetitive gum chewing is believed to widen both the masseter muscles, creating a jowl-like effect, and those muscles around the temples. “In extreme cases, it can make your face look like a peanut,” she told me.

The remedy is Botox (never!), or simply ceasing the rampant chompery, which Dr. Wu advised that I not try to do all at once. “Switch to smaller portions,” she said. “Half a Trident!”

But like the song “All or Nothing at All,” I only wanted “Nothing — or Every Piece I Can Get My Hands On.” Cutting back on gum was simply not going to cut it. I had to cut it out. And so I have. Pass the chardonnay!

David Corenswet, a Breakout Star in ‘The Politician,’ Takes Flight

Harry Brant Is Dead at 24

[ad_1] Harry Joseph Brant, a founding member of the next-generation jet set and …

[ad_1] He was an architect of the over-the-top look known as “ghetto fabulous.” …