The most recent top of the line smartphone release from Samsung has an opening list price of $1,300 and most reviews, mine included, could be summed up in a few words. Great phone, but so expensive? Now, during a pandemic, when millions have been thrown out of work?

This really comes to home when you consider that there are three fantastic smartphones out now for $400 or less: The Samsung Galaxy A71 and Apple iPhone SE will cost you $399, while the Google Pixel 4A is just $350.

And they are clearly the best bargain-priced phones I’ve ever seen. Unless you need the latest camera technology with multiple lenses, there is no reason for most consumers to spend more on a phone. You won’t be missing out.

If Zoom’s out, what else is there?: We tried WebEx, Google Meet, Skype and more. Here’s what we found

Coronavirus pandemic: Wi-Fi woes are even worse now, and only some of us can do anything about it 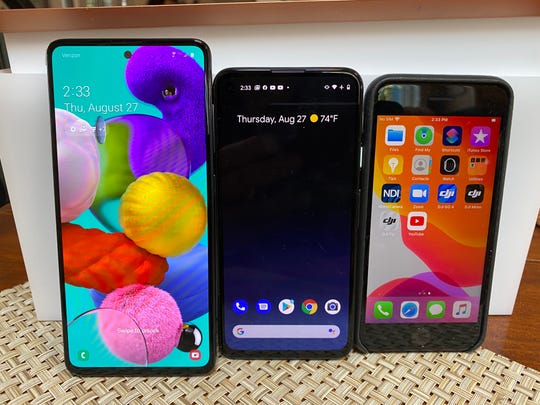 All are worth your attention if you’re looking for a replacement phone, or a new model for the kids. Meanwhile, new phones are scheduled to be released in a few weeks from Google (a new Pixel) and Apple (several models of iPhones) and are expected to cost way more than $400. So how do the budget phones compare?

The biggest of the phones is a $399 bargain, with a beautiful 6.5-inch screen the size of the $1,099 iPhone Pro Max, and even larger than the $999 6.2-inch Samsung Galaxy S20. . You get a second lens with the camera, which the rivals don’t have. And while that’s a plus, Samsung tends to over-saturate your photos, so if that’s a problem, and you want to remain in the Android family, you’ll want to look at the Pixel 4A. Both the A71 and the Pixel 4A have the same Qualcomm SnapDragon 730G processor.

The best bargain in smartphone land, at $349, the Google phone is an Android flagship with a 5.8-inch screen, fast processor, and a terrific one-lens camera that can take some pretty amazing night photos in the dark. Plus there are add-ons like the ability to add live captions to both homemade videos and ones you watch on YouTube, and an instant transcription service using Google’s voice recording app. The Pixel 4A is clearly the best Pixel phone Google has made, one so good, I think if the line had launched with this model, Google would have been able to turn Pixel into a mass market brand. Google’s market share is under 1%, while most phones sold in the United States are from Apple and Samsung.

This is the Apple phone for those who didn’t like bigger phones, with a 4.7-inch screen, and yearn for the classic iPhone, one with a Home button for navigation, Touch ID instead of Face ID, and a headphone jack. Apple’s nod to modernity is a powerful A13 processor, the same one that’s in the current top of the line iPhones. It’s classic in every sense, but as powerful as the latest iPhone. If you prefer living in an iPhone world to Android, this is the phone for you.

None of these phones are compatible with the new, faster 5G networks. However, know that in our tests, true national 5G service that isn’t spotty or as fast as advertised is still at least a year away, if not longer. So you won’t be missing anything now by waiting. If you’re in a rush, the 5G version of the A71 is available for $599.

Which one is best for you? It depends whether you prefer Android or iPhone. I’d choose the Pixel 4A over the Galaxy because I’m not a fan of Samsung bloatware or the somewhat over-saturation of photos, (notice how the oranges below are “orange orange” in the words of the old Trix rabbit, compared to just orange on the Pixel and iPhone) but these are minor quibbles. I could easily live with either. 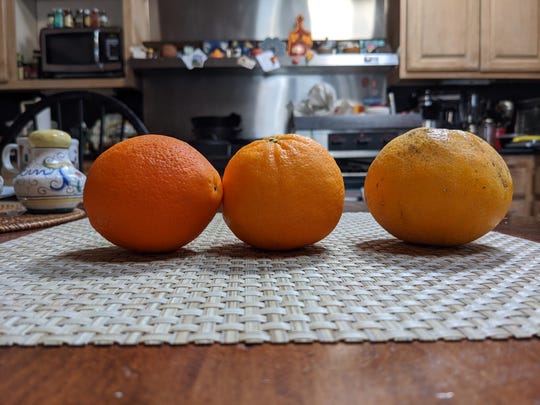 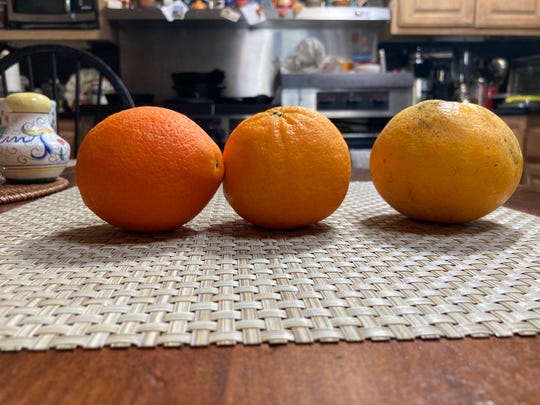 On a specs basic, you’d have to go with the A71, for the bigger screen and second camera lens. But if money’s tight, the Pixel 4A is fantastic. As is the SE. You couldn’t go wrong with any of these phones.

Readers: if you had to take one of these phones to a desert island, which one would you select?

“The Tweets Must Continue To Flow,” Twitter Says Amid Standoff With India