How is the vote counted on election night? The Associated Press explains. (Oct. 26)

Amid a crippling pandemic and covering a divisive, high-stakes face-off, the journalist’s teenage son Paul will undergo his fourth open-heart surgery in a matter of weeks.

“For me, personally, there’s nothing that’s been like it,” Baier tells USA TODAY of the presidential race. “I thought 2016 was as intense as we as a country could get about an election, but I think that this one has both sides really engaged and a lot of eyeballs looking now, not only because they’re home, but because there’s interest in this race.”

And those eyes are tuning into Baier and friends. Amid an election-fueled spike in cable news ratings, “Special Report with Bret Baier” (weekdays, 6 EDT/3 PDT) is averaging 3.2 million viewers this year, up 50% from the same period in 2019, beating the combined audience of time-period rivals on CNN and MSNBC. (As a whole, Fox News is averaging 2.1 million, up 38%.)

Baier, 50, remembers spending 40 days in Tallahassee for the 2000 recount, when “hanging chads” were scrutinized and George W. Bush  eventually won the state, and the election over Al Gore.

“This time, it may be signatures on envelopes or absentee acceptance, or something else,” Baier says. “But there could be four, five, six Tallahassees this time around, potentially. So, we need to be careful about all of that” when making a call for a state.”

The Election: Here’s when we might know a winner and how each candidate could claim victory 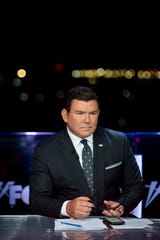 The host says that in a world without COVID-19, his show would have gone on the road, talking to residents of battleground states. These conversations have mostly moved online, to Zoom and social media.

“Usually, I had a better sense of swing states just by bouncing around to different cities, and I think that’s better to have than just polls, as we saw in 2016,” he says, referring to Donald Trump’s unexpected triumph over Hillary Clinton. “We’re gonna try to get out and about with reporters and get people’s view. It’s just been a challenge because of the lack of travel.”

Even limited excursions have posed a risk. Baier is one of several Fox News employees who were potentially exposed to COVID-19 following last week’s final showdown between Trump and former Vice President Joe Biden.

“We were coming back from Nashville and somebody that we were in close proximity with tested positive a few days later,” Baier says. “So all of us are now going through the protocol, so getting tested.”

On Monday, Baier, Fox’s chief political anchor, said he’d been tested three times for COVID-19, each yielding a negative result, and he says he and his colleagues will undergo daily tests until the election. He is quarantining at home, where he has a studio, and says the Fox News team was tested regularly at the debates.

“I think that we’re doing everything that we can,” he says, “but it affects everybody you’re dealing with, so we’re taking it very seriously.” 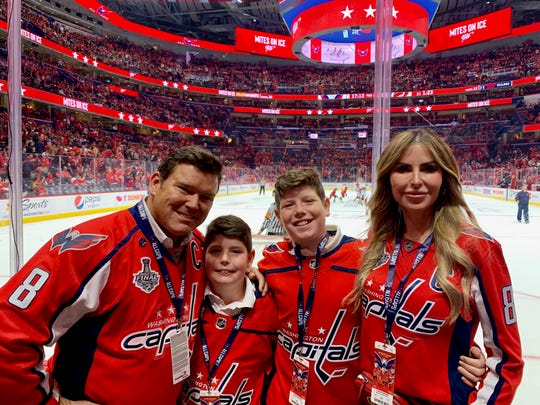 Those in Baier’s life who are at risk if he is infected include his wife, Amy (who he marred in 2004 after they met on a blind date), and their children. The pair have two sons: Paul, 13, and Daniel, 10.

A doctor explained, “if (Paul) didn’t have emergency open-heart surgery in the next few days, that he would die,” Baier recalls. “It just takes your breath away.”

“It was the highest of highs – first-born child, son,” he says. “I had images of a Masters champion, Super Bowl quarterback and we were on Cloud 9, and then it was literally the lowest of lows.”

Paul, whom his dad describes as “a normal kid,” endured his 10th angioplasty this month to open his arteries. The teen’s fourth open-heart surgery is scheduled for December, and Baier hopes it will be the last, or at least carry Paul through his 20s.

Baier says his son is eager to “rip the Band-Aid off” and return to his beloved sports – golf and basketball.  But there are moments he struggles.

“There have been times at 2 in the morning, where he’s turned to me in the hospital bed and said, ‘Why do the other kids in my class not have to do this?'” he says.  “I answer, because God has a plan for you, and you’re passing with flying colors.”

Rudy Giuliani’s ‘Borat 2’ scene: What can he do about it legally? Not a lot, experts say 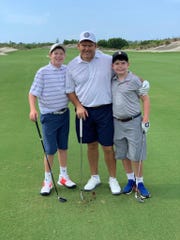 Bret Baier with his sons, Paul, far left, and Daniel, on the golf course. (Photo: Courtesy of Bret Baier)

Baier, who’s Catholic, says his brood leans on their faith, friends and family in the trying times. He also praises his “amazingly supportive” employer.

“It’s just a big big deal – eight-plus hour surgery and probably seven to 10 days in the hospital, six weeks recovery. But he’s a warrior, and we feel very fortunate to be at Children’s National (in Washington, D.C.), which is really one of the best children’s hospitals in the world.” (Amy, who Baier describes as “the one that holds us together,” chairs the Children’s Hospital Foundation.)

Baier predicts that on the morning of the surgery, he’ll feel “scared, worried, but prayerful.”

Can You Answer These Disney Questions That Were Asked On Jeopardy?

[ad_1] Can You Answer These Disney Questions That Were Asked On Jeopardy? back t…

Most Disturbing Scenes In Horror Movies Ever

[ad_1] We recently asked members of our BuzzFeed Community, “What is the s…

Kelly Clarkson will fill in for Simon Cowell amid COVID changes