“I see no signs of Iran rushing to build a bomb, and doing so would almost certainly not be in their best interest,” said one expert. 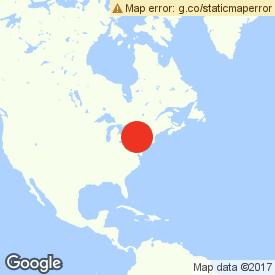 Iran’s announcement that it would be abandoning the last remaining restrictions placed on the country under a landmark nuclear arms limitation agreement doesn’t mean it will soon have nukes, arms control experts told BuzzFeed News.

“Is this a sign that Iran is racing toward a bomb? Absolutely not,” nuclear nonproliferation expert Corey Hinderstein of the Nuclear Threat Initiative told BuzzFeed News. “We are not seeing behavior that points in that direction.”

The Iranian government on Sunday announced it was walking away from limits on centrifuges — high-speed spinning machines that separate out weapons-quality uranium — agreed to in 2015 and endorsed by the United Nations Security Council. The move came after the US killing of Iranian general Qassem Soleimani on Friday, in an airstrike at Baghdad’s airport. On Tuesday, Iranian state television said Tehran had launched “tens” of missiles at Iraq’s Al Asad air base, which houses US troops, in retaliation.

Along with an outburst of World War III memes, the announcement triggered an all-caps response from President Donald Trump, stating that Iran would never have nuclear weapons.

Under the 2015 nuclear deal, Iran had agreed to dismantle a reactor, limit centrifuges, export uranium stockpiles, and allow international inspections, in exchange for ending economic sanctions. Iran has steadily breached parts of the agreement since President Donald Trump pulled the US from the agreement in 2018, resuming US economic sanctions. With the latest announcement, that leaves only the International Agency for Atomic Energy (IAEA) inspections in place.

“The [IAEA] inspections are really a red line for the international community, especially the Russians and the Chinese, that show things are being kept tabs on,” nuclear arms expert Miles Pomper of the James Martin Center for Nonproliferation Studies told BuzzFeed News.

“I see no signs of Iran rushing to build a bomb, and doing so would almost certainly not be in their best interest, inviting an attack by the US or Israel,” Pomper said. “This is just a negotiating lever for the Iranian government.”

In order to build a bomb, Iran would need to “enrich” a quantity of uranium to 90% weapons-grade levels. In a November breach of the agreement, Iran had announced it was enriching its agreement stockpile of about 300 kilograms of uranium to a 4.5% level. The crucial jump to start the rush to highly enriched weapons production is to a 20% level, a move the experts said was almost too uncertain to speculate about, but at least many months to a year from being possible.

The other place to watch is the restart of their shuttered nuclear reactor to produce plutonium, which can also make bombs, Stanford University nuclear weapons scientist Siegfried Hecker told Buzzfeed News. A massive archive of records related to Iran’s nuclear weapons program released by Israel in April 2019, the fruits of clandestine operations, showed that before the reactor was halted in 2015, Iran was laying the groundwork for being able to produce a nuclear missile arsenal, not just a few bombs. “That is the place where they are going back to, replacing where they were in 2015,” Hecker added.

But as long as Iran remains in agreement with a global nonproliferation treaty, the Treaty on the Non-Proliferation of Nuclear Weapons, returning to their 2015 capabilities looks like the stopping point, not a headlong rush for a nuclear arsenal, said Hecker.

Withdrawal from the 2015 agreement is more of a convenient gesture for Iran, rather than a genuine response to Soleimani’s killing, Hecker suggested. “The agreement definitely set them back on building a bomb,” he said. “We are headed to where we were before that agreement with the groundwork ready if they do decide to go ahead.”

An earlier version of this story misstated the reported date of Iran’s missile attack on Iraq’s Ain Assad air base.

[ad_1] As numbers remain dangerously high in much of the country, Washington del…

[ad_1] science Coronavirus The politically opposite neighboring states have had …