“We couldn’t deal with the reality that humanity was racing towards the precipice of extinction and doing fuck all about it,” one of Extinction Rebellion’s founders said ahead of their plan to bring four European capitals to a halt. 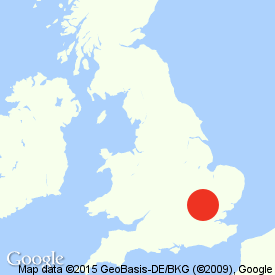 LONDON — Earlier this year, a little-known environmental group, Extinction Rebellion, brought London to a standstill. They’re now aiming to paralyze at least four other European capitals next week while holding other protests in the United States and more than 60 other countries worldwide to demand immediate, sweeping action against climate change.

The group officially launched last October with a small protest outside Parliament featuring a speech from Swedish teenage activist Greta Thunberg. But Extinction Rebellion really won worldwide attention this April when eye-catching protests brought London to a crawl for almost two weeks. Activists occupied major traffic hubs around the clock, superglued their bodies to buildings and trains, and marooned a full-sized pink boat in the middle of a major business district.

The Extinction Rebellion movement has been the raucous sibling to Greta Thunberg’s school climate strikes, turbocharging the politics of climate change across Europe and drawing growing numbers around the world. The April protests ended with more than 1,000 arrests, and, despite scoffs from conservatives and stern warnings from law enforcement officials, the group’s strategy worked. Within weeks, the House of Commons adopted a resolution declaring a climate “emergency.” The action was symbolic — and far short of the dramatic pledge to cut carbon emissions that Extinction Rebellion has demanded — but it was a huge success just to get climate change on the agenda at a time the government was near collapse over the Brexit impasse. Small-scale protests have occurred worldwide under the Extinction Rebellion banner regularly.

Next Monday marks the official start of what Extinction Rebellion is calling the “International Rebellion.” It likely won’t draw the hundreds of thousands of people who joined September’s climate strikes led by Thunberg’s Fridays for Future movement. But Extinction Rebellion works on a different model of change. Instead of getting everyone to join them for marches, its organizers are focused on mobilizing a passionate minority that is willing to engage in nonviolent direct action, putting their bodies on the line to halt business as usual until their demands are met.

“Even though there were only a few of us, we couldn’t deal with the reality that humanity was racing towards the precipice of extinction and doing fuck all about it. This is our chance to really act differently,” said Robin Boardman, a 21-year-old who dropped out of college to help start Extinction Rebellion, during a Thursday press conference in London. “I am prepared to go out on the streets and do everything I can to create that change. I’m prepared to go to jail if it means it.”

The British chapter kicked off the rebellion a little early, spraying fake blood on the Treasury Ministry building in London from a decommissioned fire truck Thursday morning. (Protesters lost control of the hose during the stunt, drenching several bystanders.)

Extinction Rebellion is planning to stage protests at a dozen sites in the London area near Parliament alone. Police are being recruited from across England to support police in London, who are vowing to have stepped-up enforcement. But organizers say they are hoping to see several European capitals brought to a halt for the first time next week, including Madrid, Amsterdam, and Paris.

By far the largest protests outside London are expected to be in Berlin, where organizers expect hundreds of activists from Sweden, Denmark, Austria, and other nearby countries to travel in support of local activists for a week or more. Organizer Michael Timmermann told BuzzFeed News his group will attempt to occupy at least three major traffic hubs around the city, while also setting up an encampment in the Tiergarten, a park in the city’s center.

Extinction Rebellion hasn’t drawn as large a following in the US as it has in Europe, but organizers in New York are planning a festival in Manhattan’s Washington Square Park throughout the week. They also will stage a “funeral march” on Monday beginning from lower Manhattan’s Battery Park, said organizer Christina See. See said they’re also planning other surprise “actions in the neighborhood,” which includes the Financial District and the New York Stock Exchange. See said several hundred activists had pledged to risk arrest throughout the week.

In Chicago, Extinction Rebellion is partnering with other organizations to attempt to occupy City Hall and Daley Plaza, Joe Phillips, a local organizer, told BuzzFeed News

Smaller protests are also planned in places as far apart as Banjul, the capital of the Gambia in West Africa, and Buenos Aires, home of one of Extinction Rebellion’s fastest-growing chapters. The largest Extinction Rebellion protests expected outside Europe will likely be in Australia, where environmental activists have been arrested in demonstrations for months. Peter Dutton, the home affairs minister of Australia’s right-wing government, said Thursday that members of the public should spread the names and photographs of environmental activists to “shame” them, while also calling for increased fines and jail time for protesters who disrupt traffic.

“We’re really seeing how this system is fucking us,” said Rodrigo Castro Volpe, an Extinction Rebellion organizer in Buenos Aires, where they’re planning to blockade the entrances of two major multinational corporations. “Development of Argentina depends on big industry — the same industries most responsible for the [environment’s] collapse — and the politicians can say, ‘That’s the only way we can go.’”